Polymers are considered more as an insulator which doesn't conduct electricity, but the latest research have resulted in developing electrically conducting polymers. They can be of metallic conducting type or semiconductor type. The applications and overall impact due to professional use of these materials in the industry is going to be significant, because they can replace metals which are exhaustible resources and becoming expensive as the use grows. Polymer as a semiconductor material which is called as organic semiconductor, reduce the cost of electronic devices and also makes them physically flexible and disposable.

Researchers at IIT Bombay have developed a novel method to quantify the charge characteristics of intrinsically conducting polymers ( ICPs).

These polymer materials finds use in wide range of applications such as batteries, electronics and semiconductors, EMI shields and Micro machines. In electronics some time in future, they can replace metal solder in the PCBs. Manufacturing of such polymers based printed circuit boards is easier due to polymers ability to get printed using less costing tools compared to copper-based printed circuit boards. The organic LED-based LCD displays can use these polymers as metal interconnect.

There is also another interesting applications these IIT researchers suggest, where the colour of the polymer film changes with the changing electric potential, thus giving an application opportunity, where they can be used to glaze windows to cut out the glare of sunlight

The same principle can be applied in the application of electrochromic displays. 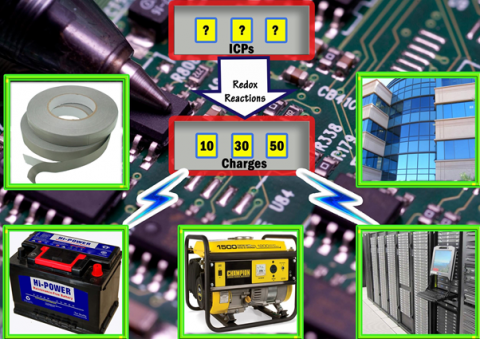 Instead of Electron Spin Resonance and Raman spectroscopy, IIT researchers have used a new method called redox reaction to investigate the charge storage characteristics of the ICPs. redox reaction is said to give more accurate quantification of the characteristic and also helps in finding energies of charge carriers in each charging regime, claims researchers.

The research paper has recently been published in the journal of Analytical Chemistry of the American Chemical Society.

The Simple method developed is general and can be applied to investigate charge storage characteristics of other intrinsically conducting polymers.

Link to published work:
A Q Contractor & V A Juvekar. "Elucidation of band structure of charge storage in conducting polymers using a redox reaction." at
http://pubs.acs.org/doi/full/10.1021/ac500440d