Oxford-incubated and fund-looking UK based startup Metaboards has developed a wireless charging platform called Evenlode. Evenlode can charge multiple hearable and wearable devices at the same time, wherever they are placed on its surface. Users just need to put the device over the wireless charging board without bothering about specific position or alignment. The wireless charger system finds these  devices and charge them without wasting excessive power.
Metaboards has made a video demonstration of how it works. The video is available at https://vimeo.com/651187694

This is something new compared to present wireless chargers where the present chargers can only charge a single device at a time and most of them require the user to place the device in a specific position.

Having a size of a tablet computer, this new charging platform uses metamaterials  and a smart software algorithm, where the charging surface locate and charge up multiple devices wherever they are placed. This board is said to take benefit of an update of Near Field Communication (NFC) standard that widens NFC’s remit by adding charging to its widely-used functions of making payments and granting access.

Charging at 13.56MHz
Power from 100mW to 1W
Supporting small consumer & IoT devices
Easy integration with tiny antenna footprints
Leveraging existing NFC comms 26-848kbps
Interoperability through standardisation from the NFC forum
The company has released a video showing how the Evenlode platform can charge several devices all at the same time.

Executive Chairman Simon Harris said: “Cable charging is inconvenient for users, costly for manufacturers and wasteful for both. People are told current wireless charging options are convenient, but they still need a charging pad, plug and wire for every device. We are offering the convenience of just placing several devices on the surface and walking away, safe in the knowledge they are all being charged in parallel.

“We want to show people that wireless charging can be as simple as ‘drop and go’. Our platform will be essential if, as the NFC Forum suggests, by 2030 there will be an average of over a dozen chargeable devices for every person on the planet.”

Company says it is a pioneer in developing wireless charging technology using metamaterials – the science of creating materials in certain shapes, sizes or orientation to give it unique properties that would not be found in nature. 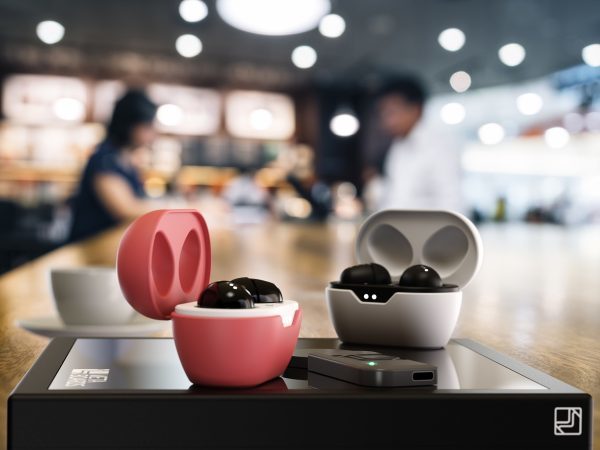 India-hardware-market
Mitsubishi Electric to build a factory near Pune, Maharas...

Power-supply
Smart meter shipments to reach above 100 million units in...