LiDAR is one of the key sensor systems used in advanced driver assistance systems (ADAS). Due to the growth in demand for ADAS systems in automotive market, the LiDAR market is also expected to grow faster. Market researcher TrendForce reported  due to applications such as ADAS, autonomous vehicles,robotic industrial automation, door delivery, and smart city, the LiDAR market to reach US$682 million in revenue in 2020. TrendForce also projects the total LiDAR revenue to further expand to $2.932 billion in 2025, a 34% CAGR. Total automotive LiDAR revenue is expected to reach $2.434 billion in 2025. 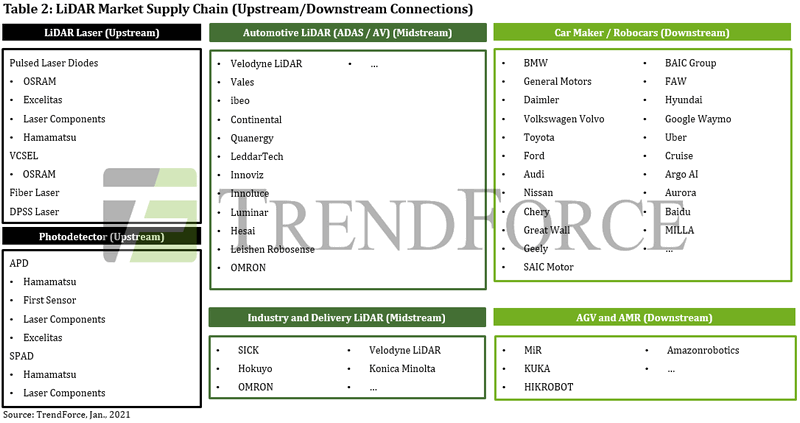