FDK Is working on the research of all solid-state batteries having higher density, safety and long battery life. The computer-aided engineering technology from FDK and material technologies from Fujitsu laboratories were combined in developing a  cathode material  "lithium cobalt pyrophosphate (Li2CoP2O7)" for all-solid-state batteries. This new material offers 1.5x higher energy density compared to the existing cathode materials for lithium ion batteries.

By using computational physics developers could see this new material has the capability of operating at twice energy density of existing cathode materials used in lithium ion batteries. both the companies plan to use this material to develop all solid-state batteries for the IOT,  mobile and wearable  market.

This technology to be displayed at a event called BATTERY JAPAN 2017 (8th international rechargeable battery expo) being held from March 1 to 3, 2017, at Tokyo Big Sight.

Below is a picture of batteries charge and discharge characteristics and also the comparison of this new cathode with conventional cathode materials: 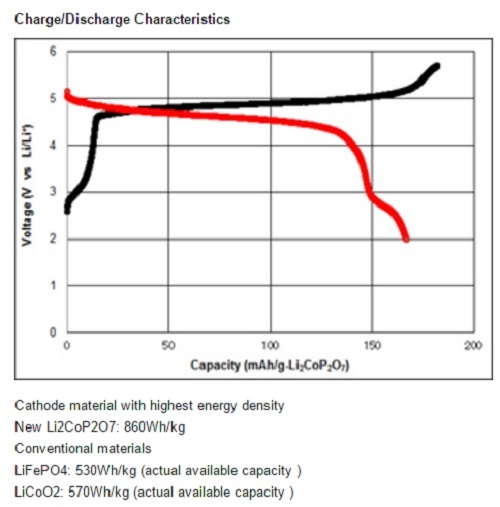 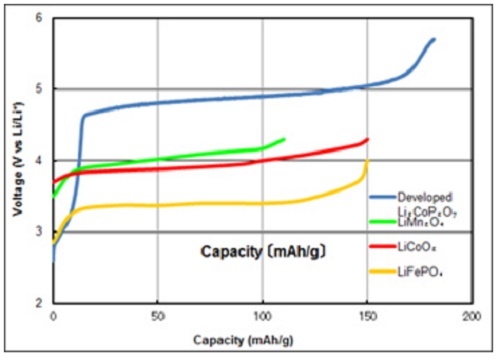 Batteries
BrightVolt to utilize Series B funds to build on its pate...

Batteries
Vanadium batteries based energy storage by US company for...

Batteries
Dream battery for your mobile and car is getting close to...

Batteries
Panasonic to increase the production of Li-ion batteries ...