He highlighted the features in Smart home such as smart thermostat, airconditioner which follows weather, detects occupancy, learning patterns, adjust energy use. And in automotives, trends such as explosion in vision processing, fusion of sensors, cabin acoustics, electronic mirrors, always aware systems sensing sound movement, position sensing are the features driving the design requirement of both electronics as well as chips inside them.

Today, between 3/4th of all car innovations are based directly or indirectly on semiconductors. Car makers around the world thinking over the idea of internal chip design team.

All these trends finally drive the semiconductor market, Lip Bu Tan said that there is lot of activity in the 14 nm and 16 nm VLSI design, and some of the leading-edge companies are already into 10 nm and 7 nm VLSI.

When the revenues not growing up for semiconductor companies, they press the innovation button harder and the research grows faster to deliver products to enhance the human life. That looks to be happening because there is no significant revenue growth.

As usual, the challenges and complexities increase at the deeper nodes. A lot more verification, a lot more software, a lot more IP blocks, hardware and software qualification.

Lip Bu Tan also touched upon how OEM system companies such as Huawei and Cisco have decided to integrate vertically. There are many system companies designing their own chips for internal use, this is a big trend.

In last 18 months, Cadence has developed faster and time-saving EDA tools, with much more automation and error preventing functions/features. Cadence claims some of its tools takes days instead of weeks for some of the key VLSI design processes.

How can be an electronics engineering keynote 2015 ends without talking about IOT. Mahesh Mehendale, MCU Chief Technologist and director of Kilby Labs India at Texas Instruments highlighted the importance of power saving in IoT product design where your DC/DC converter to front end analog's power performance matters along with choosing the best digital IC. 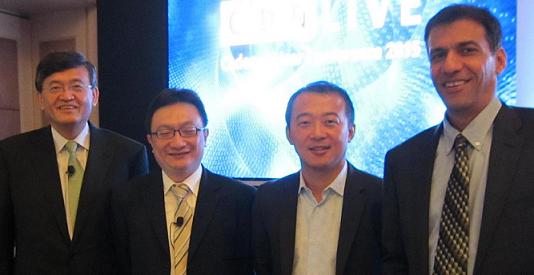 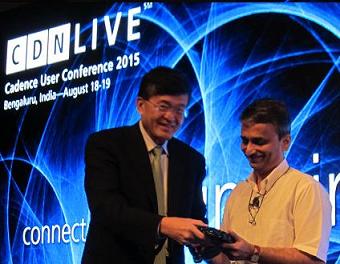 The best paper award winners at the event were:

RTL-to-Signoff: Digital Implementation by ARM for the paper titled: “3GHz and beyond” – Jumping To The New Performance Spectrum With ARM Cortex-A72