The performance of Hetero junction bipolar transistors made up of compound semiconductor material are prone to variations in temperature, which create distortion in the circuit made out of such devices.

The researchers Ishikawa R, Kimura J and Honjo K from University of Electro-Communications, Japan have developed a circuit to compensate for distortions in electrical signals due to change in temperature.

The researchers have designed a electric circuit that cancels signal distortion caused by thermal behaviour of a heterojunction bipolar transistor.

The researchers modelled the thermal effects of a heterojunction bipolar transistor in an integrated circuit using thermal resistors and thermal capacitors. The circuit elements were arranged in a 'ladder circuit' comprising repeating units of thermal resistors and thermal capacitors. To compensate the signal distortion on the integrated circuit, an electric 'ladder circuit' was connected. Although such ladder circuits are known concept, what the researchers claim is that they have derived nonlinear expressions describing the circuit parameters, and solved the expressions using series expansions. The model compared well with experiments and simulations.

The release from the university says "Experiments for an InGaP/GaAs heterojunction bipolar transistor power amplifier operating at 1.95GHz provide compelling validation for their analytical design, emphasising its potential for designing circuits that cope better with heat effects." 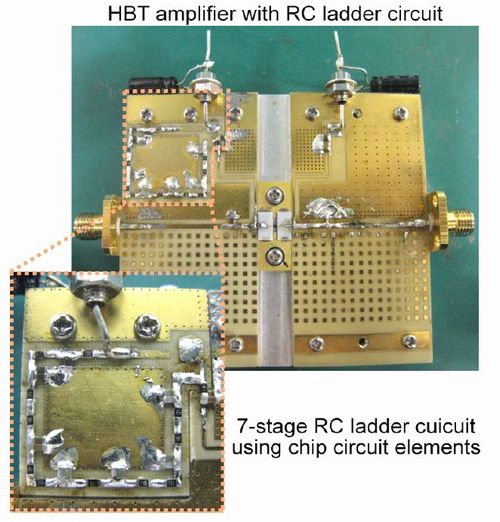