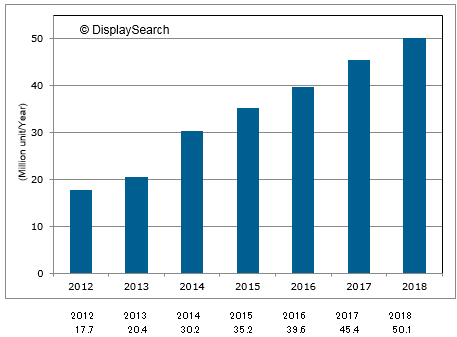 Regionally growth is in United States, European Union, Japan and other developed regions. In the first half of the year, Continental AG was the top purchaser of instrument cluster TFT-LC panels, followed by Ford and Nippon Seiki, as per DisplaySearch.