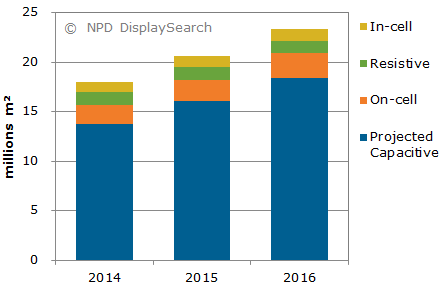 “Metal mesh, sliver nanowires, and other new materials will be used in the production of larger displays with better sheet resistance at affordable prices, and these new materials might be used for curved or flexible-touch sensors soon,” said Shoko Oi, deputy director of touch panel and emerging display research for NPD DisplaySearch.

Taiwan will continue to be the top region for manufacturing touch sensors through 2016; however, due to strong demand from local smartphone and tablet PC brands, China is expected to rise to #2 in 2016.

Logic
Analysis by TrendForce on the latest acquisitions in touc...