WLAN and Bluetooth are the most used in industrial automation

IMS research has reported the wireless LAN accounted for a 31 percent share of shipments of wireless-enabled industrial automation equipment. The second most used wireless connection in industrial automation is Bluetooth, which holds 22 percent of the market. The remainder of the market was populated by a range of mainly proprietary technologies all accounting for relatively small percentages, as shown in the figure below.

IHS predicts the share of the market held by 802.11a/b/g/n WLAN and Bluetooth (both Classic and Low Energy variants) will continue to rise at least through the year 2017.

“There are many other technologies offered by a number of vendors which cater to the industrial market,” said Tom Moore, industrial communications analyst for IHS. “These technologies are usually based either around the 2.4 gigahertz (GHz) band or the lower sub-GHz band, which can offer distance benefits over high frequencies. The sub-GHz bands also have an advantage of being free from the busy 2.4 GHz space, which is dominated by consumer products. By moving to this sub-GHz space, the bands are more freely available and can be cheaper to operate in.”

IMS says "These various proprietary technologies that populate the market are helping promote the adoption of wireless as the individual vendors all push their own technologies. However, having these sundry technologies can make end users cautious to adopt because of the lack of standardization."

“Users who want to implement wireless want a standard, unified solution they can rely on,” Moore commented. “This is more difficult with proprietary solutions as there is less scope for interoperability. However, there are a number of more widely available technologies, such as Bluetooth, WirelessHART, or ISA, which can answer to this.”

Overall however, the biggest gap wireless has yet to bridge is the perceived reliability of an unstable network, suggests IMS.

“Implementers don’t want a wireless network that’s unreliable,” Moore added. “They believe that the current crop of technologies can be unreliable, but in most cases this isn’t true,” Moore continued. “Education through advertising and workshops will be essential to helping users understand that wireless can be very suitable for some applications. In most cases, these applications will be data gathering and monitoring, but control may likewise become an application as wireless technology progresses.” 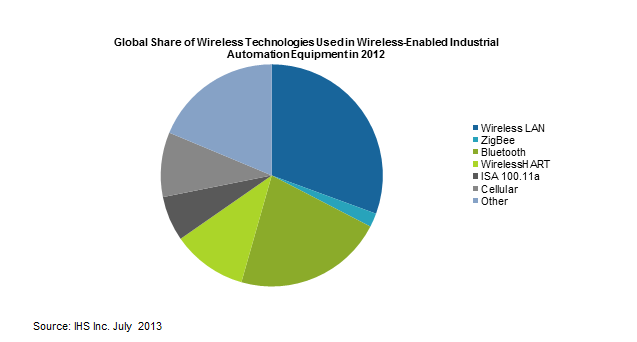