4.1 Inch+ displays account for nearly half of all smartphone displays in 2013

”Screen sizes are growing, and resolution is increasing, driving growth in the smartphone display market,” said Hiroshi Hayase, Vice President of Small/Medium Displays at NPD DisplaySearch. “We can expect still more expansion of displays over 5” in the coming quarters, due to the increasing global penetration of the Galaxy S4.” 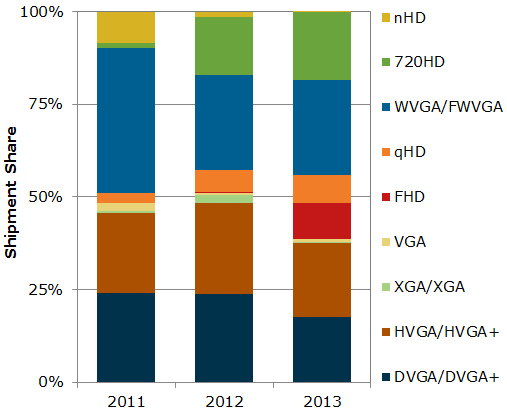